I began my weight loss/get healthy life style change just about two years ago. My then-fiance, Tim, and I came home from our Memorial weekend get-away. I had been talking to him for a for months and weeks about making changes, going to the gym, starting weight watchers (WW), etc. I was hoping he would jump on board and do this with me. Losing weight is hard. Working out is hard. Eating healthy is hard. All of these are hard enough when you have a support system. Without a support system, it sometimes seems impossible.

Anyway, back to the weekend... I was of course, lounging around on the couch, mindlessly binging, while watching television. Then a WW commercial came on... I remember the commercial vividly. Mostly, I remember the "Join now and get three months for the price of one". I'm a bargain lover, what can I say? My stomach dropped. I realized it was my time. I needed to start somewhere and I needed to start NOW. I looked over at Tim and said
"I'm going to do this. I'm going to join WW. Do you want to do it with me?"
He replied his normal, routine response to any question I ask him "sure".
I told him, if he wasn't serious or ready and wasn't going to do it, then we shouldn't waste our money. (Quick Insight, Tim is a traveling salesman. He's constantly on the road, therefore constantly challenged with eating out and fast food. He has more challenges than most of us). After thinking about it, he decided not to join.

I was saddened by his decision. I was hoping to have the support. It's quite a challenge to try and eat healthy in a household, where 50 percent of the household won't eat the same thing is you, or won't do the same activities as you. However, I didn't want to judge. I mean, who was I to judge?! I was a fricken beached whale!

I signed up for WW online. It required a starting point. I went into the bathroom and stepped on the scale. I almost died. I shed a tear, or a few. As I looked numbers kept rising. I couldn't believe what I was seeing. How did I NOT see how fat I was when I looked into the mirror? The scale finally stopped. 261 pounds... 261 pounds... 261 pounds (I can't believe I actually put that in writing)?!?!?! How did that happen?

That next day, Tuesday, instead of going out to lunch... I went to the gym. 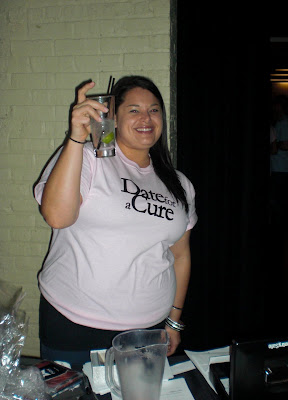 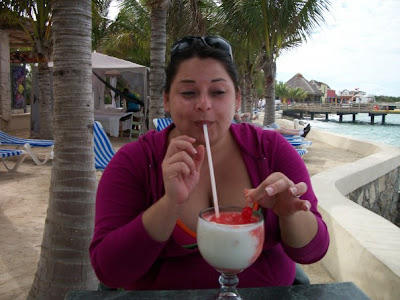 Email ThisBlogThis!Share to TwitterShare to FacebookShare to Pinterest
Labels: About Me

Wife and Mom of two