It was official. I was only weeks into my health and fitness program and found out I was pregnant. This made me nervous. You hear all of these stories about people gaining 50 pounds, 80 pounds, 100 pounds! Cravings taking over. Women who can’t stop eating ANYTHING that is put in front of them. I could NOT do that. I could NOT afford to gain that much weight.

It also didn’t help that Tim thought this was going to be an awesome time for him. Not because he was about to be a dad (though he was extremely excited about that), but because he thought I was going to lay off my health kick. He was looking forward to cravings of ice cream, pizza, macaroni and cheese, Taco Bell and McDonalds!

Prior to finding out I was pregnant, I was battling HIS urge for all of these foods. We were not on the same page. He would eat anything I cooked, but if he ever “made” dinner, it was a frozen pizza, a drive-thru or delivery.

It was really great to have his support <insert eye roll here>.

I told my doctor that I had been going to classes at the gym, running and on WW prior to finding out. She acknowledged it and congratulated me on my work. That was it. She never again through my entire pregnancy spoke or discussed my weight. I thought she would tell me something. like not to gain, or only gain so much weight; to keep with or quit WW, not to run anymore? Something!

With my doctor not telling me to change anything, I made the decision to quit WW. It’s not recommended to continue while pregnant. In fact, WW rules say that if you become pregnant, you must stop the program. However, I didn’t use my pregnancy as an excuse  to be lazy or eat junk. I used my pregnancy as a reason to continue on the path of good health! After all, it wasn’t just about me anymore. This was much bigger. I was growing a human being!

I slowed my running to more of a walk around 6-7 months. My little guy was smooshing my lungs and the more he grew, the more difficult it was to breathe (a clear necessity, lol). My BodyFlow instructor was EXTREMELY helpful. She showed me modifications and I kept going to my class as often as possible.

My belly was growing, but my weight gain was minimal. I was gaining around a pound a month through my eight month.

I was battling pregnancy induced high blood pressure. I was retaining water like crazy and blowing up like an elephant - SERIOUSLY! I was on medication, I was eating healthy and I was working out... it didn’t help.  In fact, it was getting worse. I was now considered a high risk pregnancy and my doctor began to worry about preeclampsia.

They were not sure exactly why this was happening, but out little guy was breech and he was already showing his attitude, from within. He refused to turn.

The last week of January, I was put on bed rest... BORING! This last 4 weeks, my scale said I was up to a 22 pound weight gain. I was a little worried. I mean, I had never been pregnant before and my activity level was sedentary at best. My family was stalking me, making sure I wasn’t getting up unless it was to use the rest room. (ahhh!) I was going crazy! 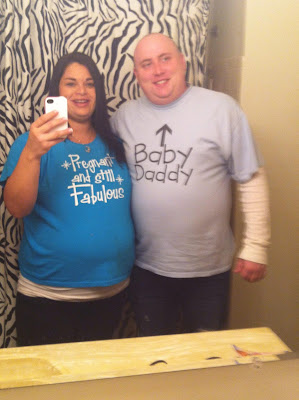 Five in a half weeks later, Thursday, March 1, 2012, I went into the hospital for a scheduled c-section. The INSTANT the doctor pulled him out, my blood pressure dropped from 191/87 down to 126/74. My son, Greyson was healthy and so was I. My doctor was relieved to see my numbers drop. 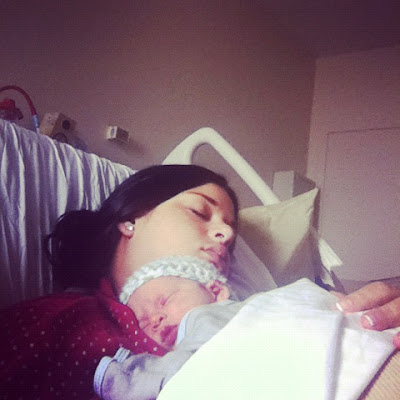 
We went home on Sunday and I went to the doctor’s office on Tuesday, I had lost 47 pounds in five days, since the day Greyson was born. I was weighing less than I did BEFORE I got pregnant!


I was ecstatic, but I knew this couldn’t last forever... I needed to figure out my game plan.

Wife and Mom of two